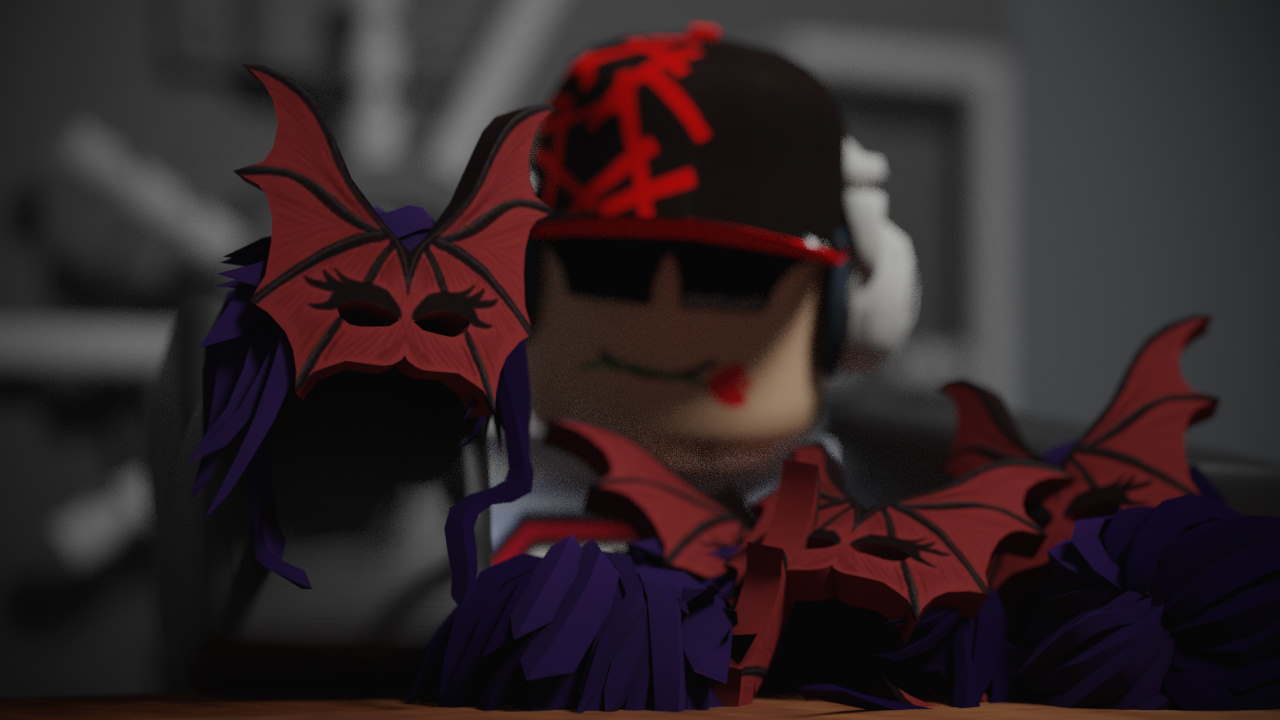 The Glorious Vampire Party Queen (GVPQ) hoard was one of the greatest hoards of 2021, and it almost became one of the greatest hoards of all time. However, it was ruined by only a few owners blocking traders for simply offering on GVPQs, and sharks stealing trades from the hoarder. If not for that, GVPQ could have still been at 20K value but extremely hoarded, with potentially 80-100 hoarded copies. 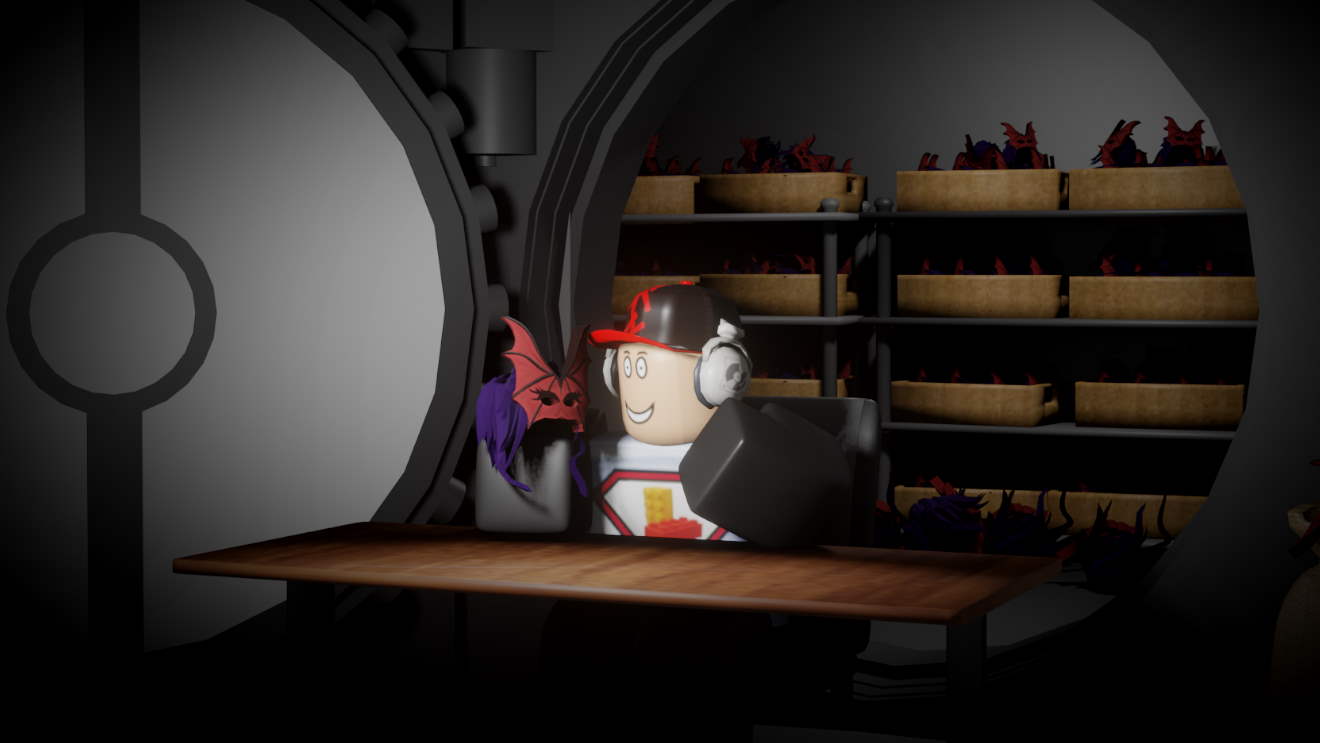 In Late 2020, as soon as GVPQ dropped to 20K value a user known as melankholy_fan started hoarding the item. He made a group chat with some of his friends and hired random people to help him get as many copies as possible. melankholy_fan's goal was to obtain every copy except terminated ones, and he was making great progress. Although many of the original people he hired ended up getting terminated or stopped gathering the copies in circulation, a few were persistent.

He invested about 1-1.4M into the hoard pre-inflation, to trade for 60 copies. Keep in mind this hoard was originally meant to own as many copies as possible, and NOT for profit. 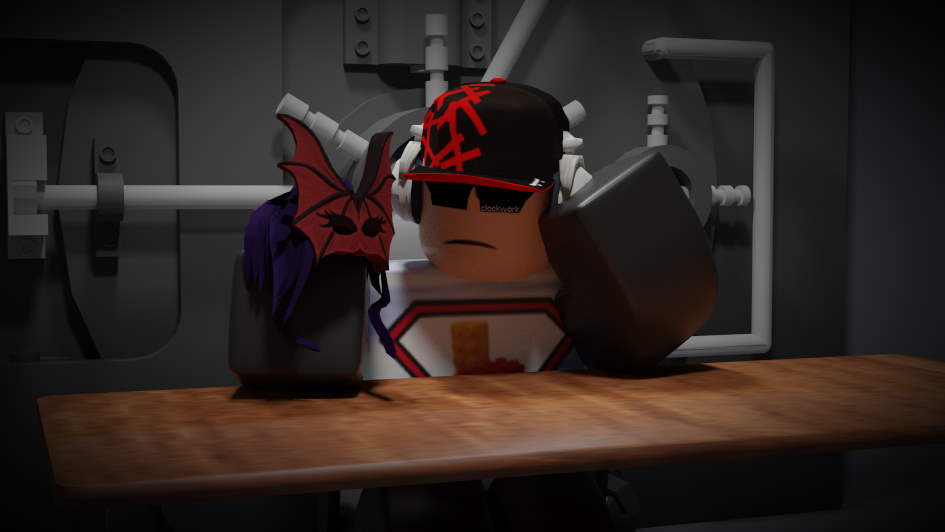 Everything was going well with the hoard until one day in Jan 2021 people started noticing that GVPQ copies were disappearing. Many traders from the Rare Lounge channel in the Rolimon's Discord server used rblx.trade to locate the hoard. This was the first big problem in melankholy_fan's way as many people suddenly began trading for GVPQ copies themselves and attempted to make it Not For Trade (NFT). melankholy_fan was forced to overpay even more than usual to obtain many of the remaining copies.

The second problem was sharks. Many traders attempted to get GVPQs for themselves since it was seen as a "good sharking item", most notable being JuhoOlio and Bloop (also known as 2bloop2), who would later in this story be the very same people who helped release the hoard. This only made melankholy_fan more frustrated as he couldn't obtain any more copies unless he overpaid an insane amount to the sharks. The sharks were also making huge gains from the sharked GVPQ copies, e.g. Bloop being able to trade GVPQ for Viscount of the Federation (VotF) 1v1.

Then came the biggest problem. The user AlpakaOnGaming blocked one of his friends who was trying to get his GVPQ. Rather than negotiating with his friend, the user immediately blocked him for just simply offering. melankholy_fan was outraged once he discovered this. The user with GVPQ immediately raised the price on the Roblox catalog to over 100K. This is what ultimately triggered GVPQ's demise. 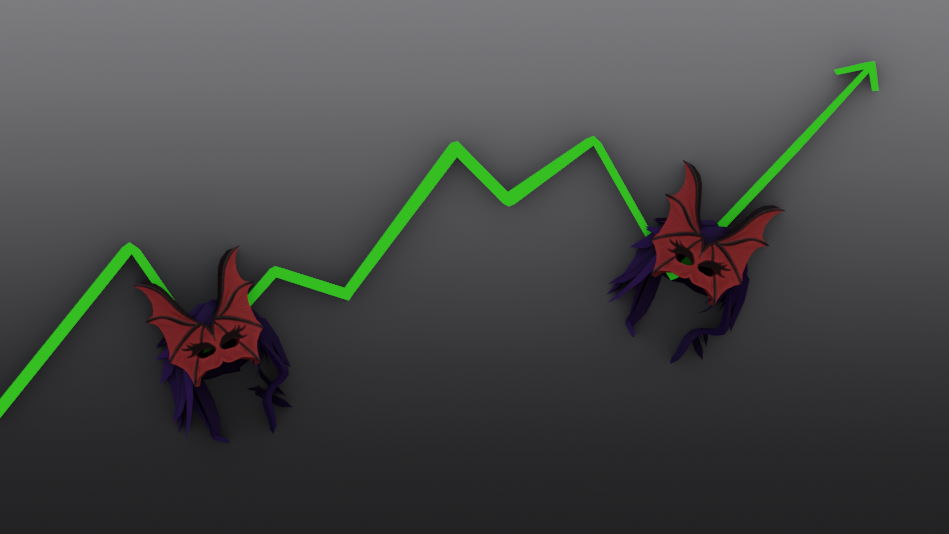 Rather than the hoard continuing as usual, melankholy_fan was upset at the sharks for trying to trade GVPQ copies for themselves, as well as people blocking/ignoring him and his associates for something as small as simply offering. The hoard of 60 GVPQs started getting released slowly. The first notable release was when melankholy_fan releasing six copies to the account Cute for Fire Ruby Crest (FRC), Super Super Happy Face (SSHF), and other items, which was a giant win back then.

At the time, melankholy_fan was trying to trade all his GVPQ copies to Cute. However, this user was terminated with the copies traded, meaning none went into circulation. melankholy_fan traded a few more copies to user Flexingmycash. Flexingmycash then traded them to other people which started the GVPQ hype. The hoard inflated as high as up to 60K value, and became hyped across the Rare Lounge and Value Discussion channels for months on end. At its peak, GVPQ was getting 80K value. 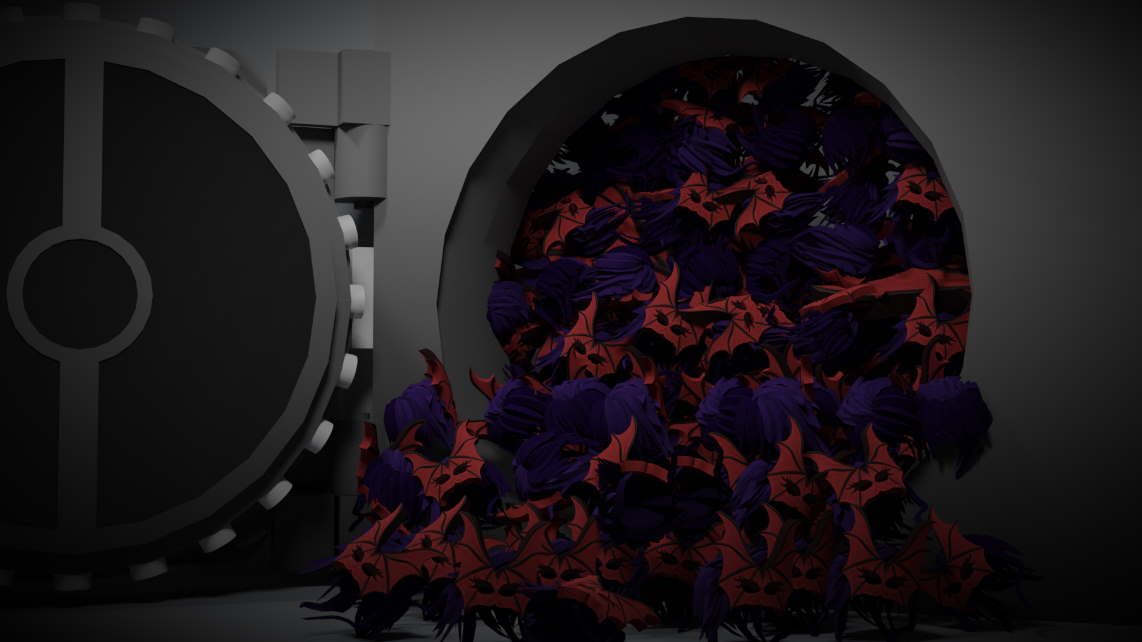 One day melankholy_fan decided to release the hoard entirely. He started by hiring the very same people who contributed to ruining his hoard, JuhoOlio and Bloop, and also hired some of the people who originally helped him accumulate the hoard. In only one hour, half of the hoard was silently released into circulation before 5 AM came. The user FinallyEscaped noticed that there was something suspicious with GVPQ's circulation. FinallyEscaped told people immediately in Rare Lounge, which caused widespread panic. However, even though it was well known that GVPQ was being released, many people were still giving equal or small lowballs for it, making the hoard far easier to get released.

Many users who fell victim to the GVPQ hoard release would get the now-infamous message on discord "BEAMED BY JUHO AND BLOOP EZ" before getting blocked by the account.

melankholy_fan made about 1.5M profit from the GVPQ hoard, releasing almost every copy for equal before splitting with the people who helped release. Somehow, the user who put all this work into hoarding and eventually releasing GVPQ was barely noticed at all or remembered after the incident. He also compensated some of the users who kept GVPQ for a long period of time who were affected by the release, giving them 60-100K. 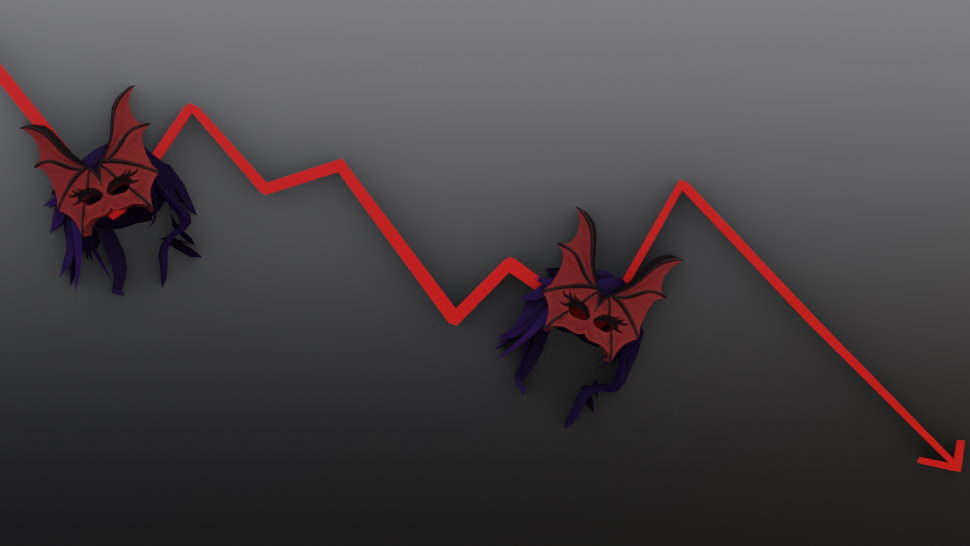 The infamous shark who went by NorthOpp or blackvalklover on Roblox attempted to manipulate GVPQ immediately after the hoard was released by making a new GVPQ server and manipulating many of the new owners who got dumped on to "only take overpays". Many users called him out for his obvious and poorly hidden scheme to shark users. Surprisingly, his plan WORKED for over a DAY before he was called out. Many former owners who had joined NorthOpp's GVPQ server had admitted to joining the fake hype and sharking in the value requests channel. As a result, GVPQ was given a value changer's note on the Rolimon's website to warn users about the manipulation.

Shortly afterward, GVPQ dropped to 45K value and many lesser-known traders attempted to manipulate GVPQ by sharking users into lowballing it, then proceeding hoarding it and then proofing stable trades (including some shark trades) to attempt to hype it back to its former glory. Due to the number of sharks revolving around the item after the release it was considered the worst performing rare at the time, with no hope of recovery. In early December 2021, GVPQ ended up getting unvalued.

In conclusion, the value of GVPQ dropped and melankholy_fan hired traders to hoard it, but due to multiple problems he ended up letting it raise to 60K and then ultimately released the entire hoard. Sharks came in after to try and save GVPQ but failed horrendously.

Many users who helped or released the GVPQ hoard were infamous or became infamous through this episode, which is one of the reasons this item is known as a complete meme in the trading community. That's all, thank you for reading!