Whether it’s a change in an item’s value, trend, or acronym, numerous changes are made every day. These decisions generally undergo similar processes, however, value changes tend to be the most complicated. Some people may be unsure as to how exactly the Rolimon’s team makes these decisions, so this article will aim to take you beyond a surface level understanding into the intricacies of how value changing actually works.

Structure of the Team 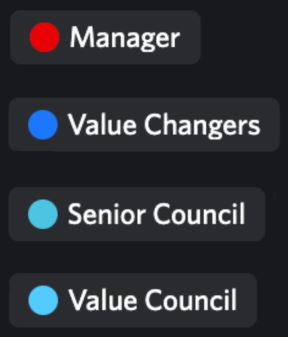 Our value changing team consists of nearly a dozen people who have lots of trading experience and/or an in-depth understanding of how the Roblox economy functions. These individuals are subject to a thorough background check before being hired. There are four major positions within the Values team: Value Council, Senior Council, Value Changer, and Manager (listed from lowest to highest rank).

All of these people are able to suggest changes as well as participate in the ensuing discussions—which will be elaborated on later in this article. Senior Council has the added ability to mark items as projected. Value Changers are the ones who make value changes as well as updates to an item’s trend, acronym, etc. Managers oversee this entire process in addition to all of the responsibilities previously listed. (Keep in mind that not all managers will necessarily be making value changes since some may be in charge of overseeing the moderation department instead of the Values team).

Value changes must be discussed and agreed upon before they are made. To get this process started, someone on the Values team must suggest a value change in one of our discussion channels on Discord. This is then reported in the discussion-updates channel on the Rolimon’s Discord server.

Important Note: Oftentimes there will be many items that are deserving of a value change at any given time. However, it is impractical for the Values team to discuss a large number of items at once as it can be too overwhelming. This is why it may take some time before an item makes it to discussion.

The discussion itself is, well, a discussion. One common misconception is that value changes are passed through a simple voting process. This is not entirely true; although Values team members will often agree to a proposed change by saying something as simple as “yes, I agree” or “sounds good to me,” many times they may agree the item should be changed but have a different opinion as to what that change should be. For example, if something is brought up for a 20k raise, someone might agree to a raise but only by 10k. Therefore, a discussion is necessary to come to a decision which ensures that all value changes, and other sorts of changes, that are passed are reflective of the entire Values team’s opinion instead of being the decision of one individual.

Why Does It Take So Long? 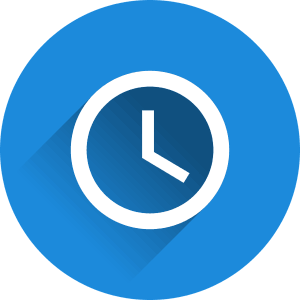 Sometimes items will be in discussion for days which may make some traders grow impatient. Discussions don’t seem like they should take that long, so what’s going on?

First of all, as a member of the Values team, it’s not enough to vote solely based on intuition. They often have a general idea or estimate of what the change should be, however, they must do their research to determine what change is appropriate before voicing their opinions. This “research” generally consists of two things: looking through albums as well as the value-requests channel on the Rolimon’s Discord server, and making sure there are enough valid proofs for the item to pass. This can take awhile depending on the item and the number of proofs available.

An item passes discussion once it reaches a certain number of votes (typically four or more votes with at least one higher-ranked staff’s opinion) or there is an obviously clear general consensus on what the change should be. Once items pass discussion, they are not necessarily changed immediately. This is because value changes must be carried out by a Value Changer or Manager, but anyone on the Values team can declare an item as having passed discussion when appropriate. As a result, there is often some time that passes between the moment an item finishes discussion and when that value change is officially made.

Imagine doing this for numerous items on a daily basis for months! It is easy to get burnt out and to want to take a bit of a break, so please be understanding and patient to allow the Values team to take the time they need to ensure that every value change is accurate.

This can be the most tedious part of the process. Most of the time for demand items, there are a multitude of proofs that must be sifted through in order to properly determine what the value change should be. User-created albums can be helpful as they can provide an organized compilation of proofs for a specific item.

For bigger items and rares, the Values team may dive deeper into proofs by manually checking if each proof is legitimate. To do this, they look at the UAID history of the items (provided on the Rolimon’s website) when appropriate to judge whether the proof should be used or not. When done thoroughly, this can take quite a bit of time.

Other checks on proofs include looking at the dates of each trade, searching up users, making sure repeat users are not recounted, and more. (Continue reading on what makes a proof valid or invalid here).

Important Note: There is no required number of proofs for any item to undergo a value change. This is because quality matters more than quantity; just because an item has a lot of proofs doesn’t mean they’re all necessarily good proofs. The quality of a proof refers to the items involved as well as the amount of overpay or lowball that occurred.

In order to prevent corruption, there are rules which members of the Values team must abide by. Under most circumstances, they are not allowed to bring up one of their own items for discussion, nor are they allowed to vote on an item they own. Just because you see a certain Value Changer raising their own item doesn’t mean they are corrupt: that individual likely did not suggest that item for a raise, nor did they vote on it. They only carried out the decision of the rest of the team by physically making that change.

If anyone on the Values team were to be blamed for corruption, the higher-ranked staff on the entire Rolimon’s team would investigate this matter and inflict any punishments as necessary. Punishments include being suspended for a set amount of time or being fired altogether.

In conclusion, the value changing process involves the input and opinions of all members of the Values team. Items must first be brought up in one of the discussion channels on Discord. Then, a discussion occurs to determine a proper change, and once the item passes discussion, those with the permissions to carry out these changes are notified. When they are able to do so, the value change is finally made!

If you have any questions, feel free to contact anyone on the Values team through our Discord server.