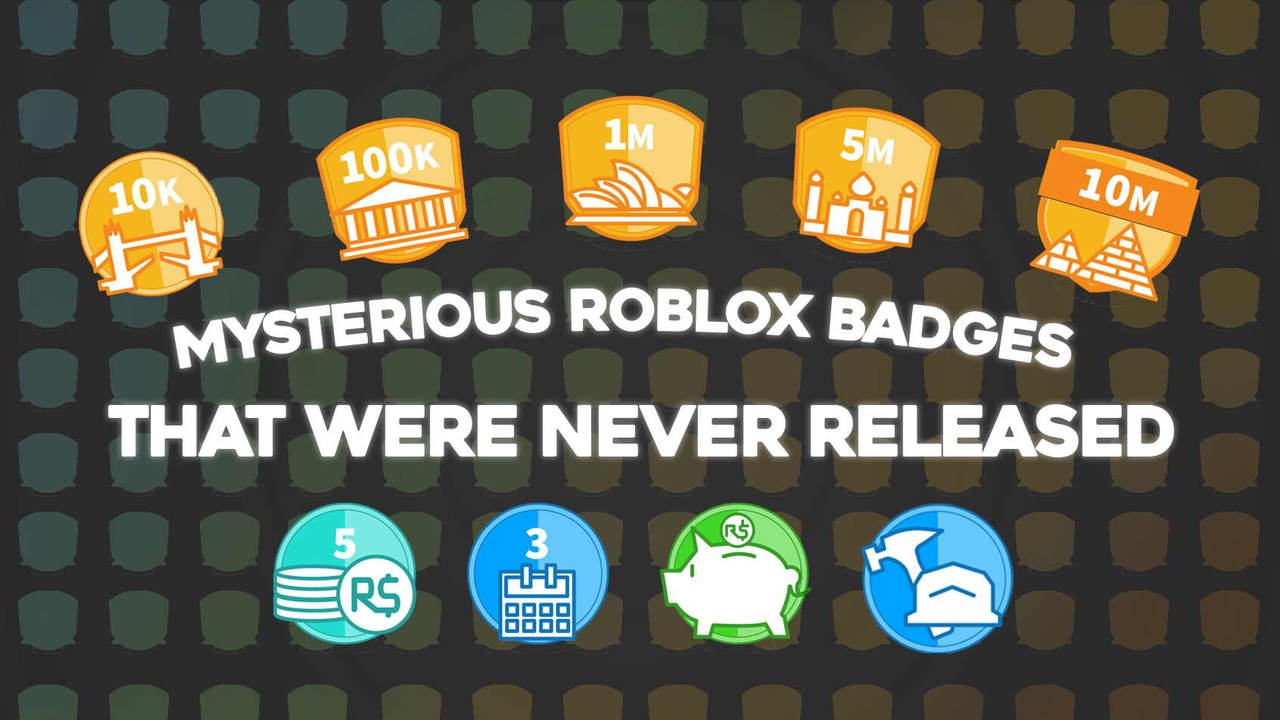 Ever since their initial debut back in December 2006, Roblox badges have always been a staple of the platform. Unfortunately, this feature hasn’t seen much growth by Roblox and the overall development of them has been pretty stagnant with very little changes over the years until the Great Badge Refresh which shed new light on some badges that have never made it to the platform to this day.

In this article, we’ll be taking a look at the brief history of badges, some that have never been seen before, what the community has done to try to resuscitate the beloved feature as well as what the future holds for badges. 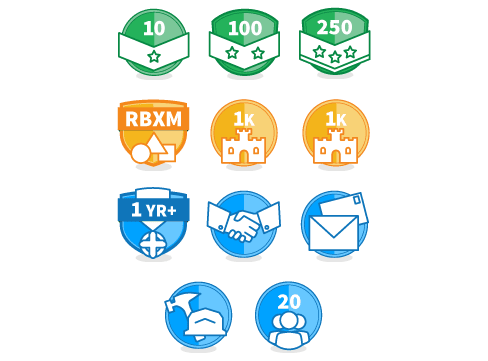 Before we look into badges that were never released, we need to go all the way back to the roots of badges to gain a brief insight into what they were at the time. The day was December 22nd 2006 (just 3 days before Christmas!) and a new blog post ROBLOX Badges, authored by none other than David Baszucki, had appeared on the Roblox blog.

By now, you already know what it’s going to be about - the grand release of badges! However, I’ll give you a quick rundown of the situation at hand. It was stated that badges were released onto the site earlier than intended and was quickly taken offline due to the interest of said new feature skyrocketing Roblox website traffic and crashing the site momentarily (sounds very familiar in this day and age 😛).

The badge lineup at the time of release mainly consisted of combat badges (knockout/wipeout-centric), developer badges (achieving 100 and 1,000 place visits) and a singular social badge (friendship, having 20 friends).

There were a few more added after the initial release such as Inviter and Ambassador, however those have come to be discontinued not too long after their respective releases. 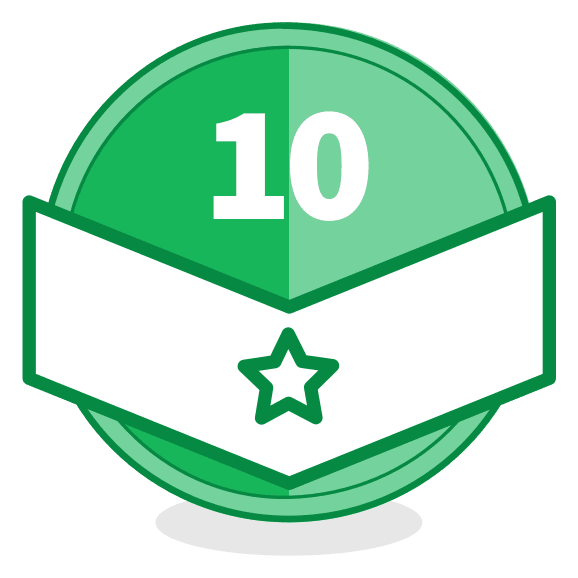 Score 10 knockouts against an enemy. This badge is no longer obtainable with the discontinuation of the legacy knockout/wipeout system. 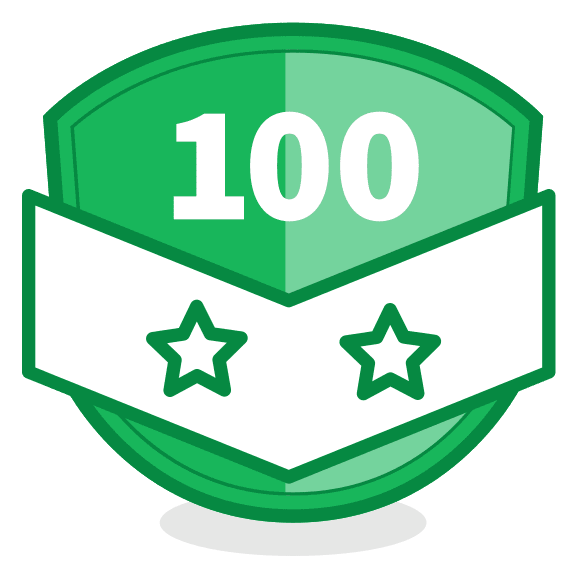 Score 100 or more knockouts against an enemy. As with Combat Initiation, this badge is no longer obtainable for the same reason. 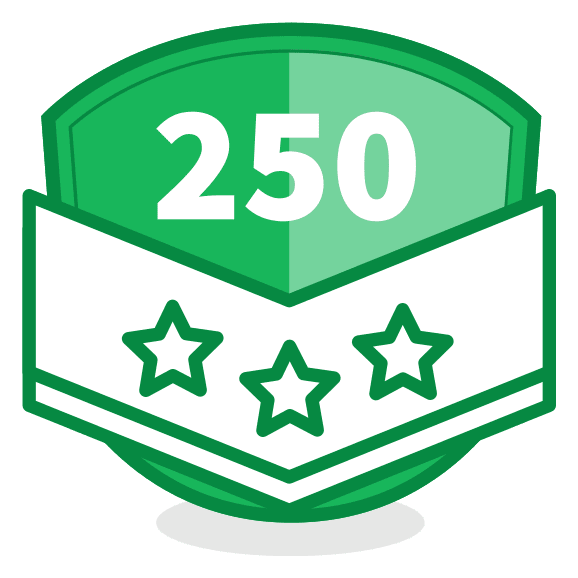 Score 250 knockouts against an enemy. Alongside Combat Initiation and Warrior, this badge is no longer obtainable. 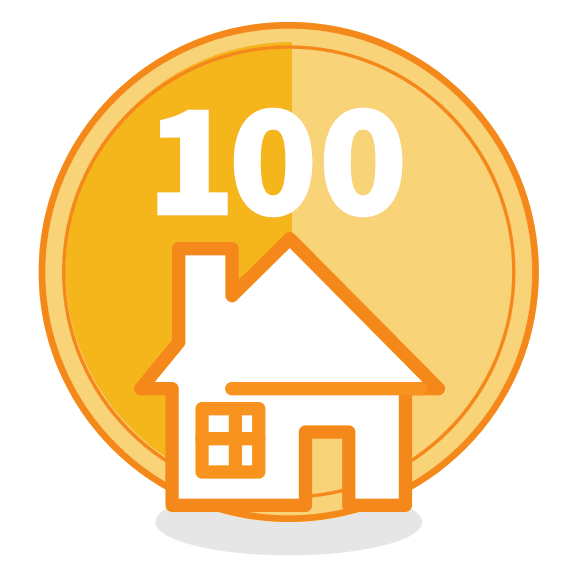 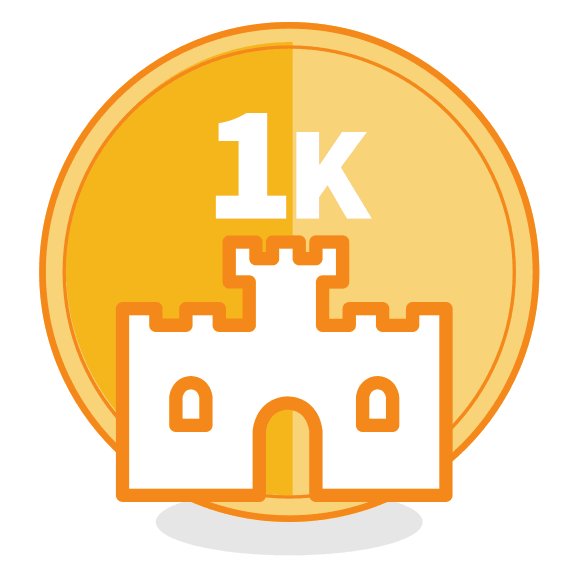 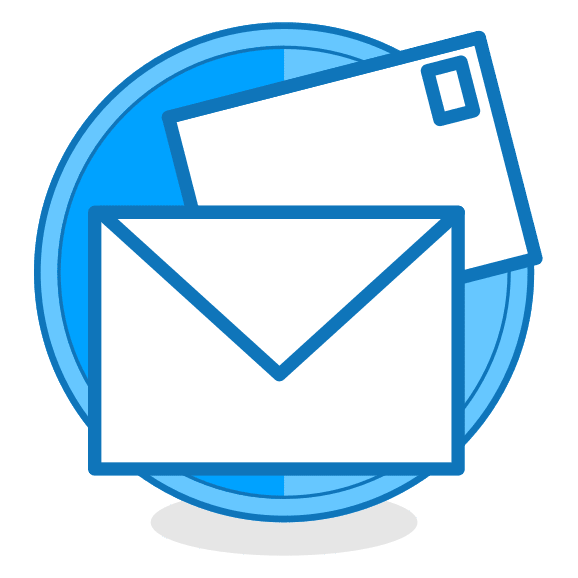 Invite 3 (or more) players to Roblox through email. This badge is no longer obtainable with the discontinuation of the Inviter program. 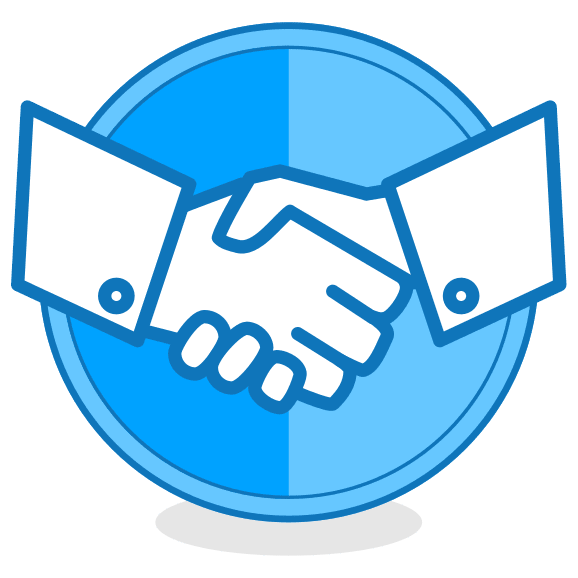 Introduce new players to Roblox by sharing a link on different websites. This badge is no longer obtainable with the discontinuation of the Ambassador program. 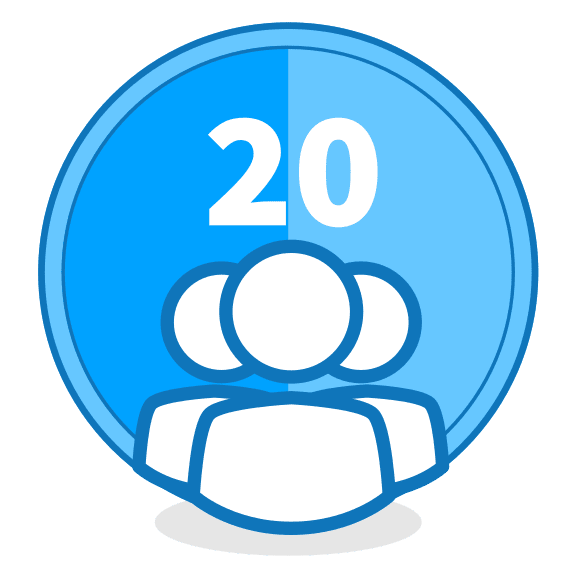 Friend 20 users on the platform. This badge will remain on your profile even if you have less than 20 friends once the badge is obtained. 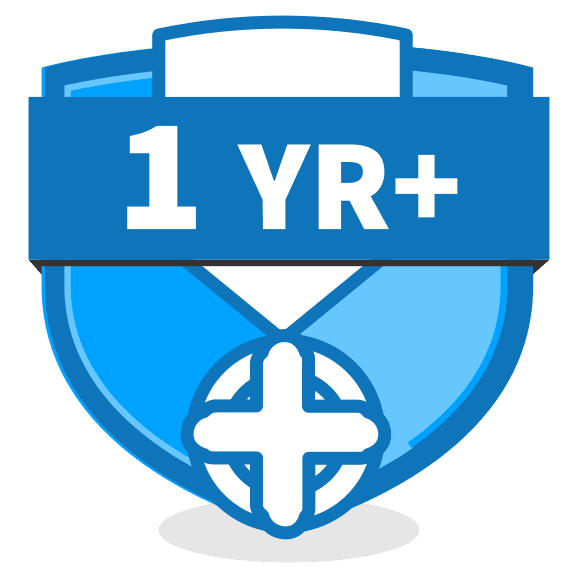 Have your Roblox account exist for a year or longer on the platform. 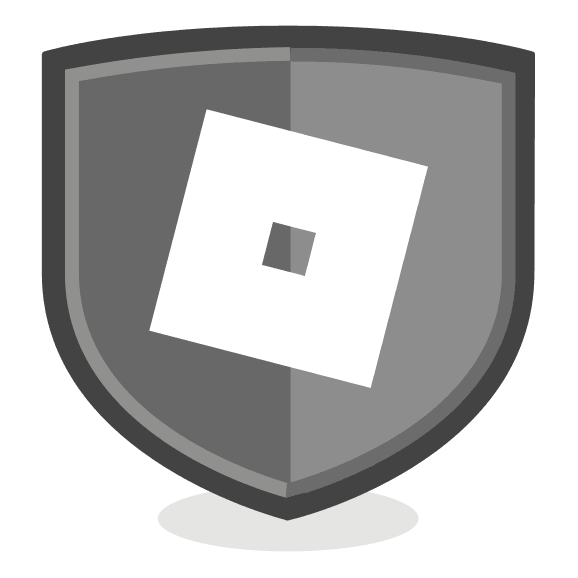 You can read more about these badges on the official Roblox Badges page.

Since the initial release, things had been pretty quiet and the badge lineup remained the same until late 2014, when a blog post Two New ROBLOX Badges (and a New Look) Arrive, authored by blockhaak, was published on the Roblox blog.

This time around, badges appeared to have gotten a well-needed refresh, most likely to be more in line with their ongoing efforts to modernize the Roblox website. Two new badges were added, as well as the existing badges receiving a visual makeover. 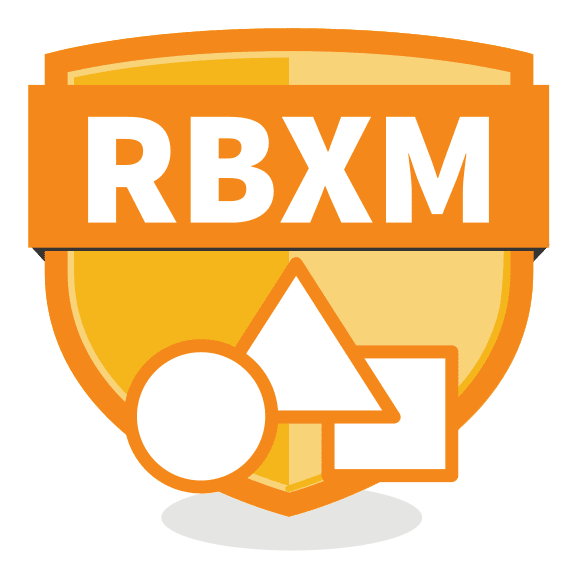 The “Official Model Maker” badge; awarded to select developers who meet Roblox’s standards for publishing models within the Creator Marketplace. At the time of writing, only 50 users currently possess this badge (source: Roblox Fandom Wiki), making this one of the rarest and most difficult Roblox badges you can obtain on the site.

Welcome To The Club 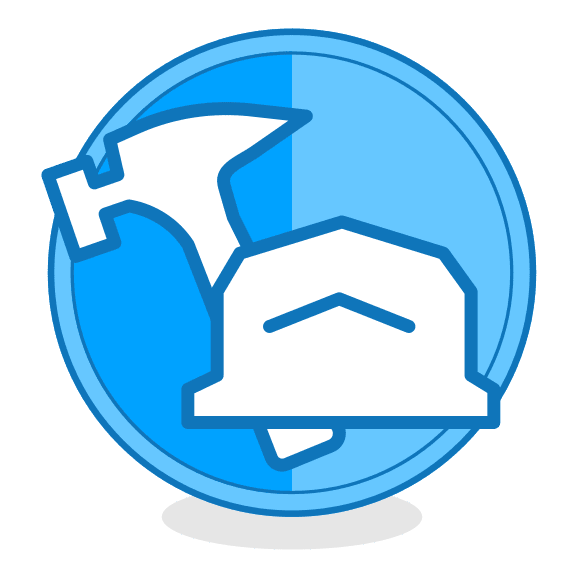 The “Welcome To The Club'' badge; a more commonplace badge in comparison to the Official Model Maker badge and was relatively easy to obtain - simply have an active Builders Club membership at any point in time and the badge would remain on your profile - regardless of your Builders Club status which was pretty neat.

However, with the discontinuation of the Builders Club system in favor of Roblox Premium, made the badge impossible to obtain with no replacement for Premium users who hadn’t received the “Welcome To The Club” badge prior to the discontinuation.

With the new badge refresh in effect, there were also a few badges within the sprite sheet of the file that contained all of the Roblox badges that were not actually implemented on the website or mentioned anywhere within the blog post.

For those who aren’t technical, a sprite sheet is simply a large image that consists of multiple smaller images, this is usually so the badges can be referenced with ease and are faster to load across the Roblox website.

The presence of the mysterious badges, not mentioned by Roblox within their badge refresh blog post, sparked a debate over on the now-defunct Roblox Forums as to what these badges were, but there was no definitive answer or actual coverage anywhere - leaving an aura of mystery to the general Roblox population.

Many of you will be familiar with the Veteran badge, but did you know that Roblox made prototypes for even more variants of the badge? The different variants consisted of badges ranging from 1 to 10 years of service on the platform with advancing veteran badges.

It seemed though at the last minute Roblox decided only to release the 1 YR+ badge and dump the rest. This was most likely to prevent abuse by those who compromise accounts solely for acquiring what would have been the more desirable Veteran badges.

The place visit badges we all know and love are sadly limited to a measly 100 and 1,000 place visits, which isn’t a lot in this day and age of Roblox, where games amass millions of cumulative visits. It looked like Roblox was planning to implement more badges for developers whose games reach certain visit milestones, however this never came to fruition. The badges ranged from 10K place visits to 10M total place visits.

An interesting thing to note about these badges is that some of the icons below them actually resemble popular real-world landmarks; the London Tower Bridge (10K), Sydney Opera House (1M), Taj Mahal (5M), and so on.

With a plethora of unseen badges included in the badge sprite sheet, a lot of them were discernible by people and you could easily make out what they were (place visit milestones, veteran badges, etc) - however, there were a few that stood out from the rest that people to this day still ponder about.

Whilst we don’t know what these badges are or how they would have been obtained, we can only make some sensible guesses.

With the mysterious badges being a sign that Roblox could be working on badges once again, a lot of Roblox players were waiting in anticipation for years on end in the hopes that more badges would be obtainable - however this was not the case and it seemed more likely by each passing year that the badges were more so prototypes/mockups included in the badge sprite sheet file rather than actual badges that would have been implemented.

Despite this, there have been numerous efforts made by the community as well as developers to come together to revive badges as a whole. However, a lot of them end up fruitless due to the fact that said badges are practically impossible to obtain or are rather irrelevant.

The Future of Badges

Official Roblox badges have been on a gradual decline, with the last set of badges being added in 2014 and the fact that only 4 out of the 12 badges created are obtainable. Changes made to badges recently have consisted of removals (Builders Club level badges) or discontinuations of various badges (Combat, Inviter, Ambassador, etc).

To preface this, in early 2021, badges briefly disappeared from the profile pages of users. Whilst Roblox reassured people that this was a bug and was shortly fixed afterwards, it does bring up the concern that badges having some sort of instability internally could eventually result in Roblox removing the feature altogether.

With a lot of new things that have come up in recent times such as the Star Creator or UGC Creator program, you would think that Roblox would accommodate these programs with specific badges - however that does not seem to be the case, indicating that badges aren’t a priority on Roblox’s radar.

As for what the future holds for this ambiguous feature, we will have to see in the coming years. I’m personally hoping for the best, but only time will tell. 🤞

The Guacathon with Denzel Curry With Limiteds & Free Items

August 5, 2022
The "Guacathon with Denzel Curry" experience is now open, and features 5 free items to earn and 5 limited items to purchase!

July 28, 2022
Five new 8-bit items just came out and are on sale now. These items will go limited on August 9th, and they all have particle effects!