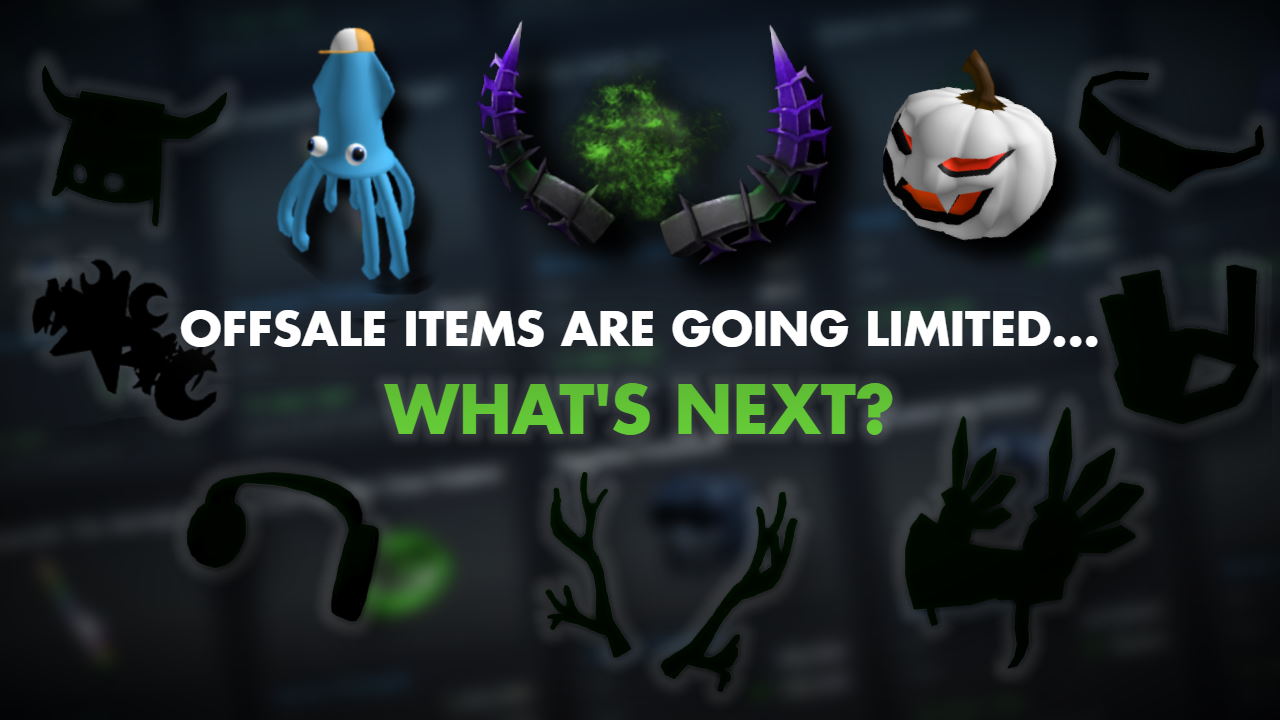 The trading community has been revived once more, as Roblox is bringing back offsale items as Limiteds!

Hey! I'm 0Camo and I’ve been active in the trading community for many years. I was an original buyer of items like WC Ultimates - Garnet Gratitude and most notably the legendary Emerald Valkyrie. I have taken on making Roblox YouTube videos and now writing Roblox articles!

In this article I will be giving my best predictions of which offsale items will go Limited next and providing brief histories of them!

Sinister S. went Limited seemingly out of nowhere on May 6th at 1:02PM EST, catching the whole community by surprise. After nearly 3 years of no offsale items going Limited (excluding promotional items like the Gucci bags), traders were STARVED for something new. 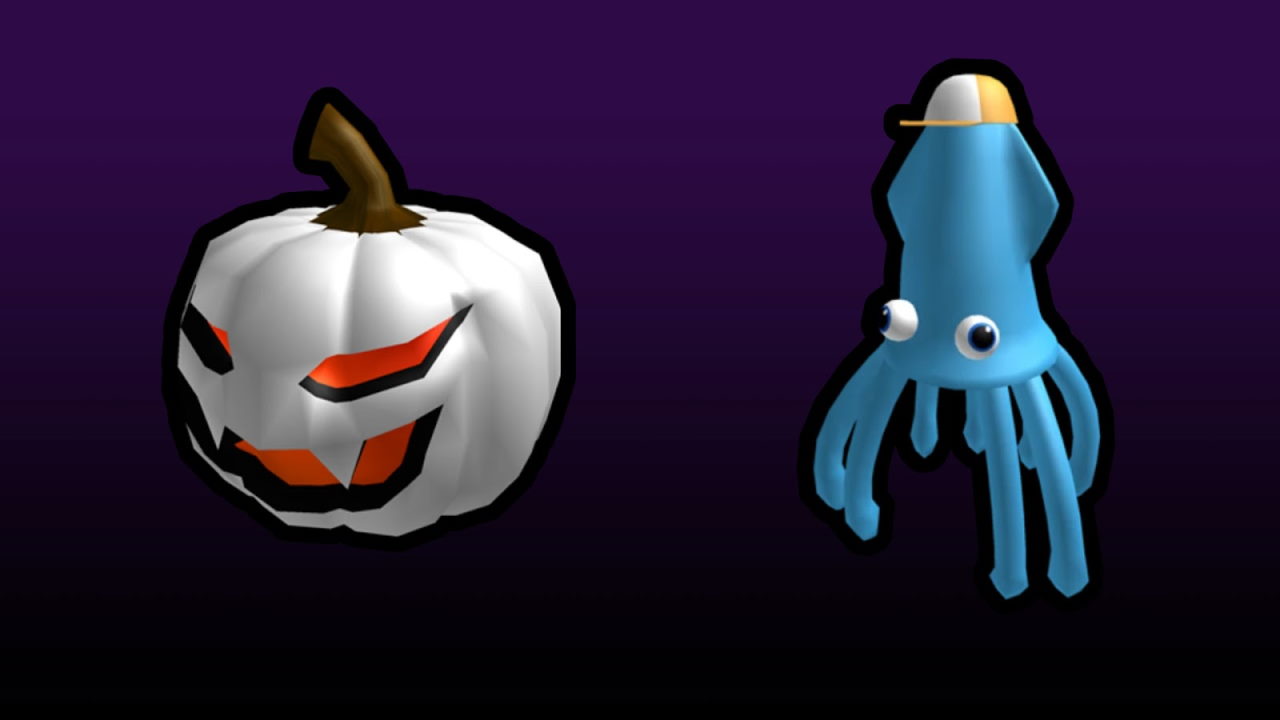 Sinister S. skyrocketed immediately, selling for between 70k and 150k Robux over 20 times in the first day. After years of very few new Limiteds, developers and traders had way too much Robux to blow on this pumpkin, an item from 2010 with over 10,000 sales.

There was mass debate over whether Limiteds were actually making a comeback or not, with some going far as to suggest that the Roblox admins made Sinister S. Limited by complete accident, and perhaps nothing else would go Limited. This theory was somewhat believable since it’s odd that a Halloween pumpkin would go Limited in the middle of May and Roblox never officially announced anything regarding any offsales going Limited.

Then, only a day later, yet another off-sale item went Limited…

This time it was Tentacles Junior that went Limited. This got the trading community even more hyped, as two old offsales going Limited surely means that these weren’t mistakes and offsale Limited items are finally making a return! 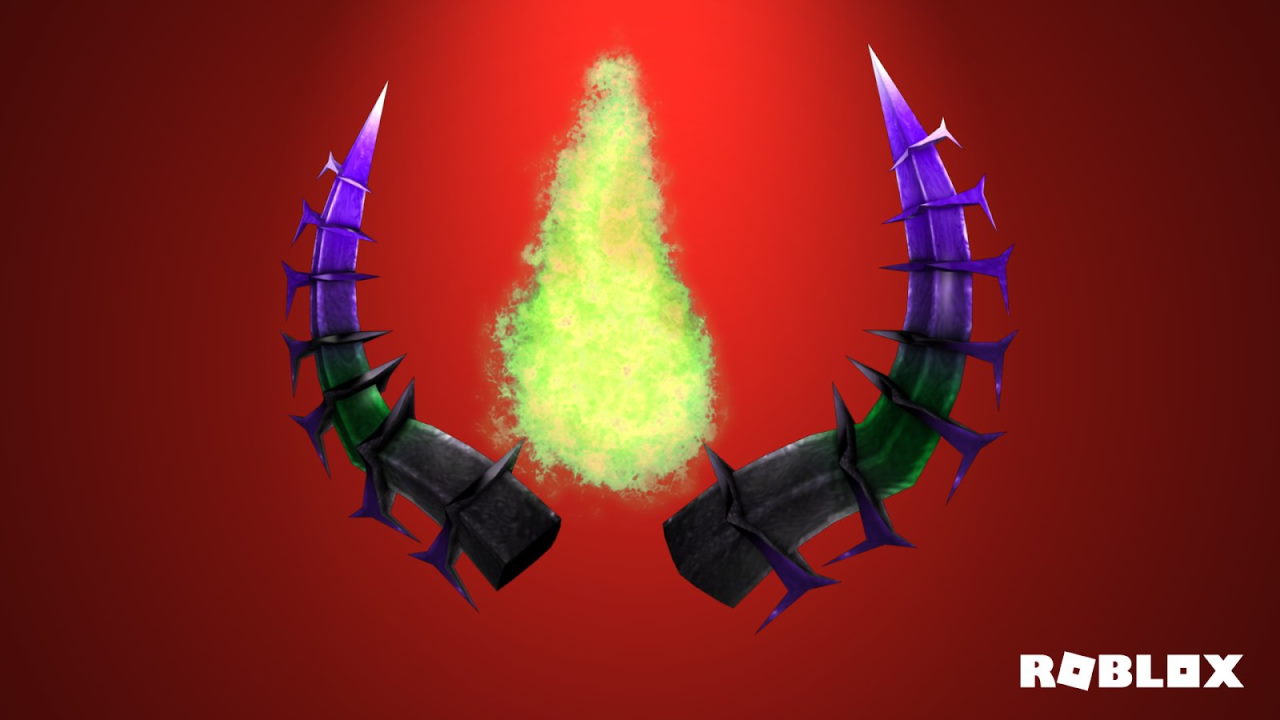 This is by far the biggest and most notable item in this new wave of old offsale items going Limited. Unlike Sinister S. and Tentacles Junior, Poisoned Horns of the Toxic Wasteland (Poison) were actually highly requested to go Limited by many traders.

Unsurprisingly, Poisoned Horns immediately began selling for between 250k-350k Robux, close to its siblings Fiery Horns of the Netherworld and Frozen Horns of The Frigid Planes which are both currently valued around 400k-500k.

Now that three items have gone Limited in the past week, it’s likely that even more items will continue going Limited throughout the week.

What Will Go Limited Next?

If we observe the patterns of the three most recent Limiteds, we notice two things:

With these two patterns kept in mind, this means that the next offsales that go Limited will likely be part of item series and have a somewhat high owner count. 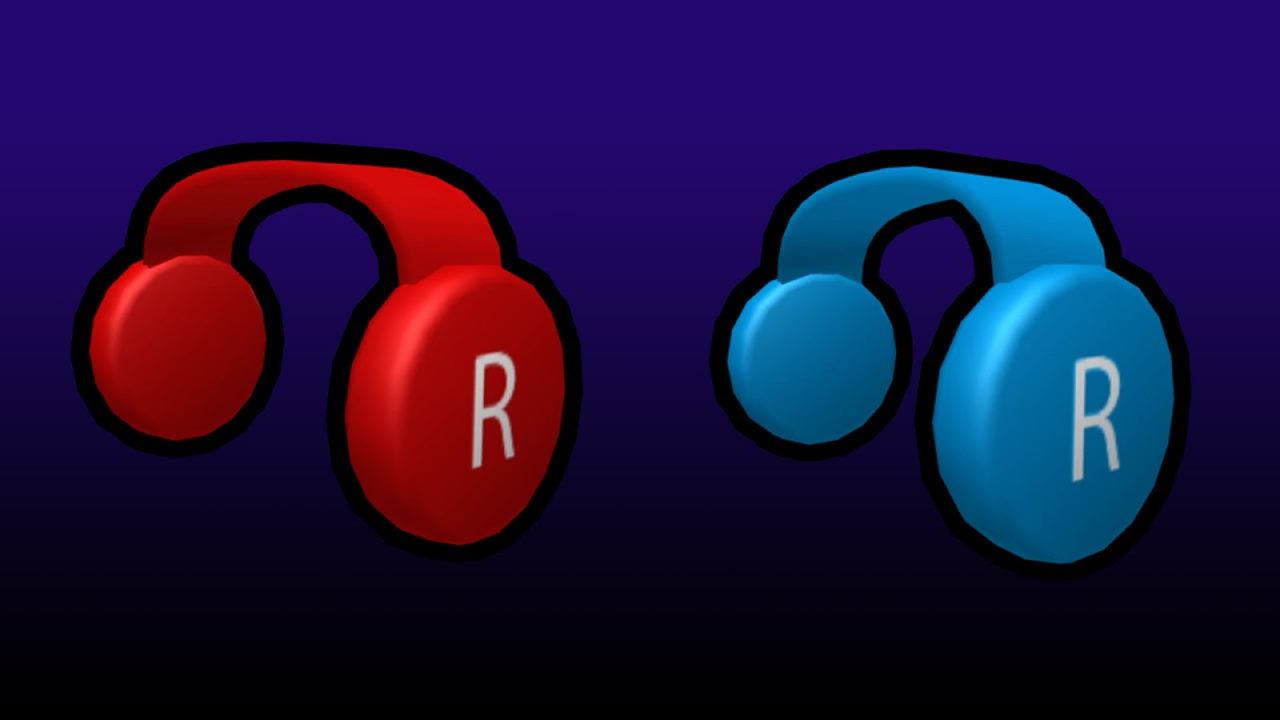 Red Clockwork Headphones went on sale during the Christmas of 2017 for 10,000 Robux and getting over 7,000 sales before eventually going offsale.

Blue Clockwork Headphones released on May 12th, 2018. They also cost 10,000 Robux, but got only a fraction of the sales; only about 2,400 copies were sold before it went off sale.

The Clockwork series is the most desirable series in all of Roblox, and the original black Clockwork Headphones are already Limited, further increasing the chances of the Red & Blue’s going Limited.

If both were to go Limited, it’s hard to tell which color would be worth more. Red has a lot more demand as the color is much prettier, but Blue is much more rare, albeit having a less desirable shade of blue. It’s impossible to predict how much they would sell for due to many variables, but it wouldn’t surprise me if they were over 200k+ RAP right off the bat. 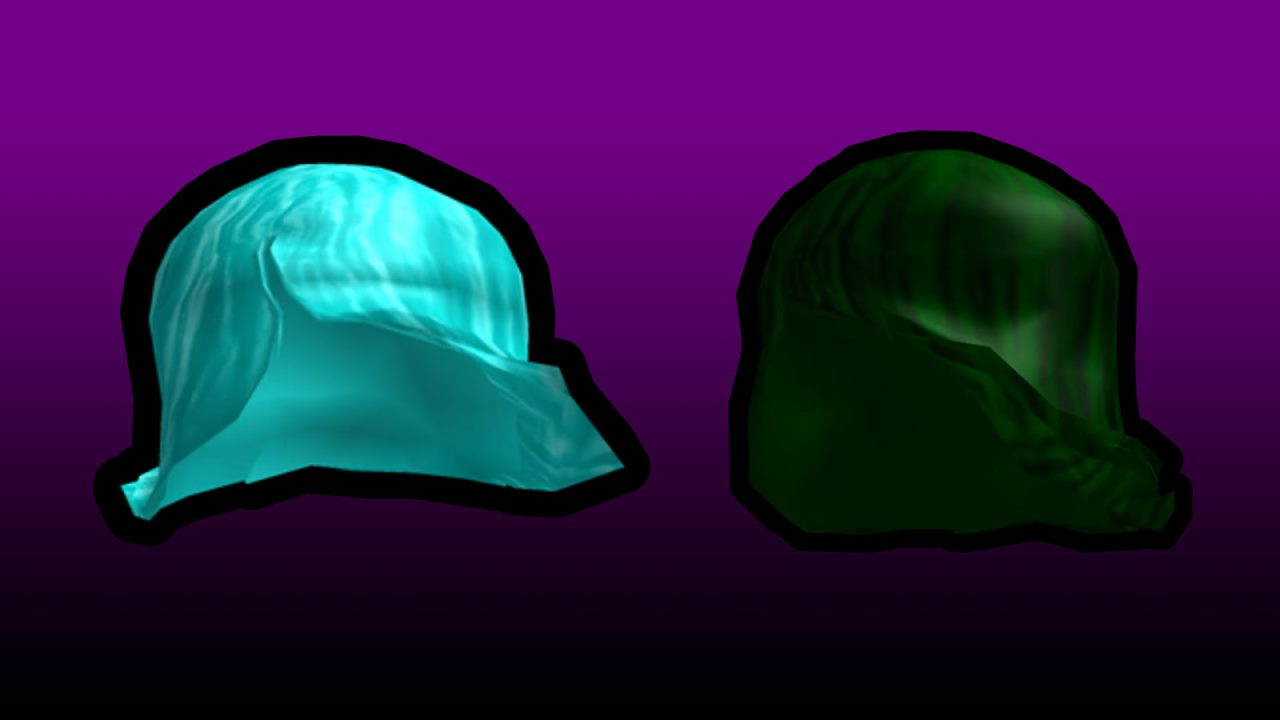 Cyan Shaggy also came out during the Christmas season of 2017, costing a ridiculous 10,000 Robux and having only a 12-hour timer. The price was unnecessarily high for a pretty below average looking Shaggy, and most people already spent 10,000 Robux on the Red Clockwork Headphones that came out two days earlier. Due to these factors, only 440 were sold and it’s been mostly forgotten.

Forest Green Shaggy came out during the Labor Day Sale of 2018, costing a much more reasonable 1,000 Robux, but having a considerably short timer of only 4 hours. This Shaggy got 1,160 sales sales before going offsale.

Together, these are the only two primary color Shaggy hair accessories that haven’t gone Limited yet. It wouldn’t surprise me if both of them went for between 50k and 150k Robux. 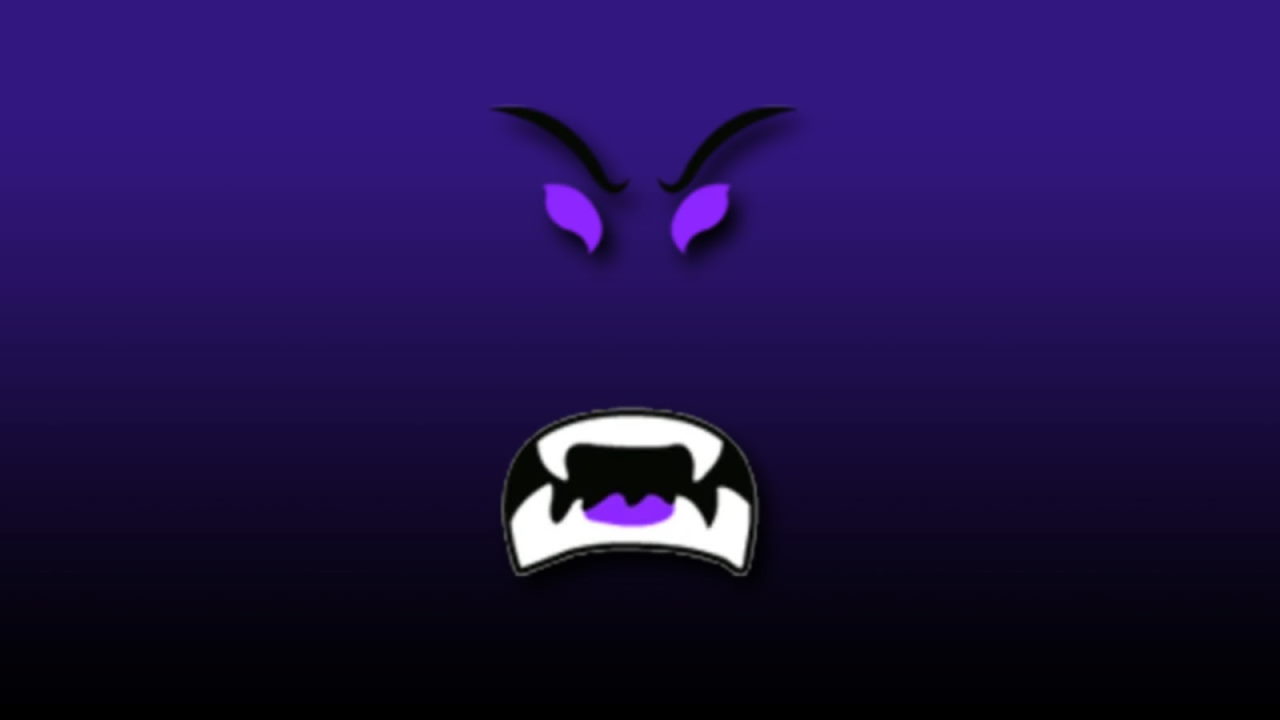 This unexpected item cost only 10 Robux and had a 24 hour timer, amassing over 359,000 sales before going offsale.

With this many owners, there’s no way it could sustain a value anywhere close to the other Beast Modes, which are currently between 50k and 100k value. I think it would sit somewhere between 5k and 15k Robux. 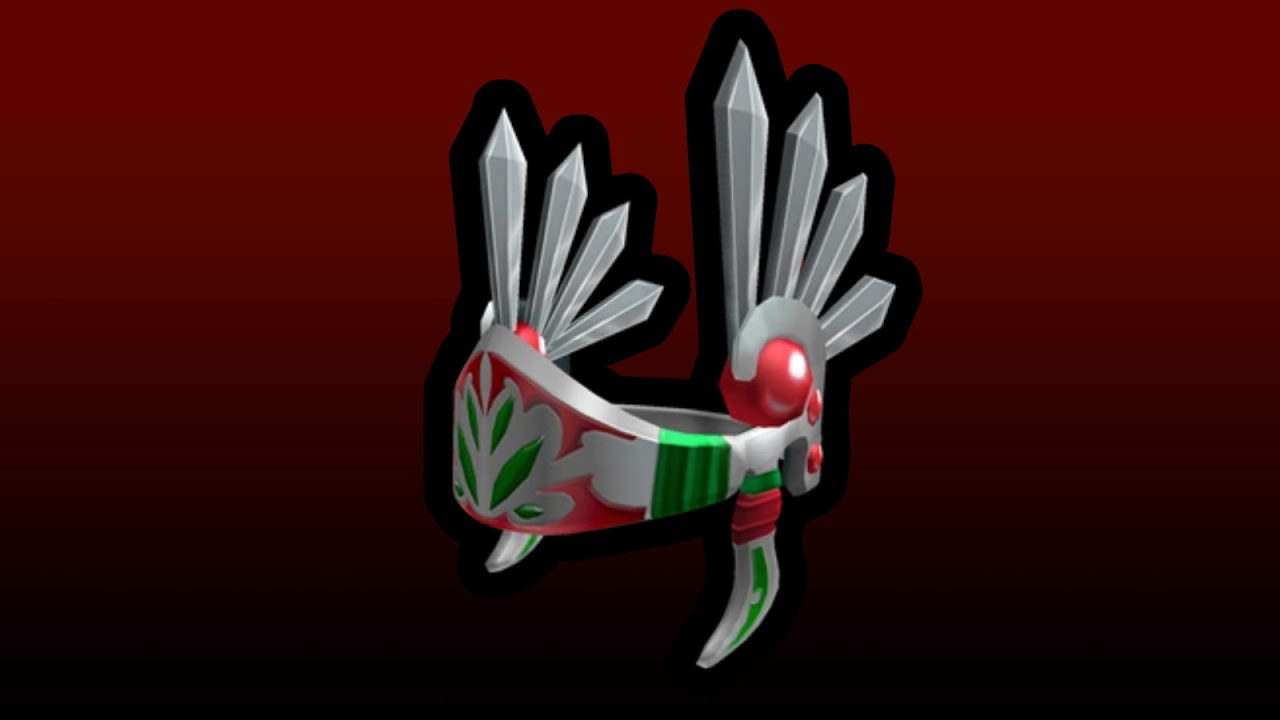 Now that Roblox has already made a Halloween item go Limited randomly, it’d only make sense for a Christmas item to go Limited now!

Festive Sword Valkyrie came out during the Roblox Holiday 2014 event, being a reward item for winning 10 sword fights in the Sword Fighting Tournament game.

This item became very controversial because old traders were unhappy that one of the most sought after series of items now had a variant obtained for free by over 111,000 players.

If it were to go Limited, I would imagine it’d be between 25k and 75k Robux. Despite the very high owner count, it looks very pretty and has a lot of demand as it’s a Valkyrie. 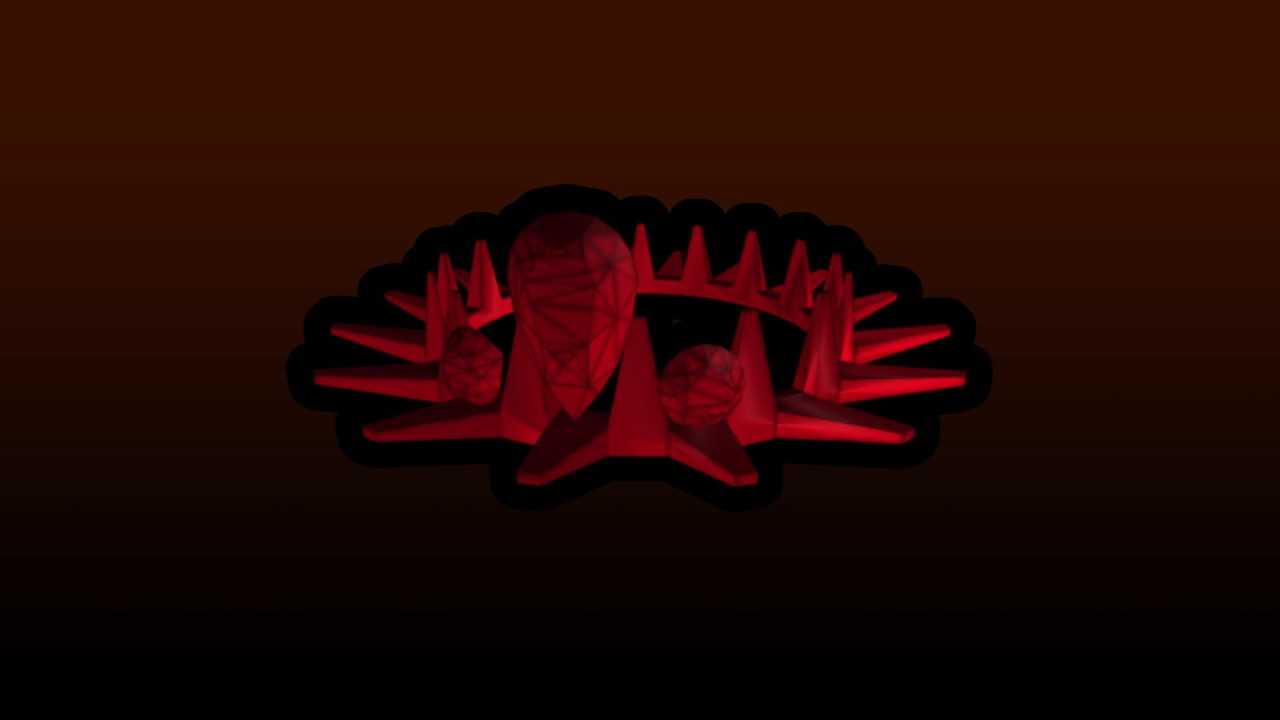 Red Void Star doesn’t fit the high owner count pattern of the recent Limiteds, having only 185 sales. However that doesn’t completely disqualify this item, for it has as many people asking for it to go Limited as were asking for Poisoned Horns to go Limited.

Red Void Star released during the Black Friday 2017 sale for 50,000 Robux with a very short 2-hour timer. There was much less Robux in circulation back then, so very few people were able to afford this item. Many of the owners are likely rich people who have been terminated or developers who wouldn’t bother trading it.

This item would undoubtedly skyrocket to more than 1,000,000 value immediately due to having EXTREMELY high demand and likely a very low circulation. 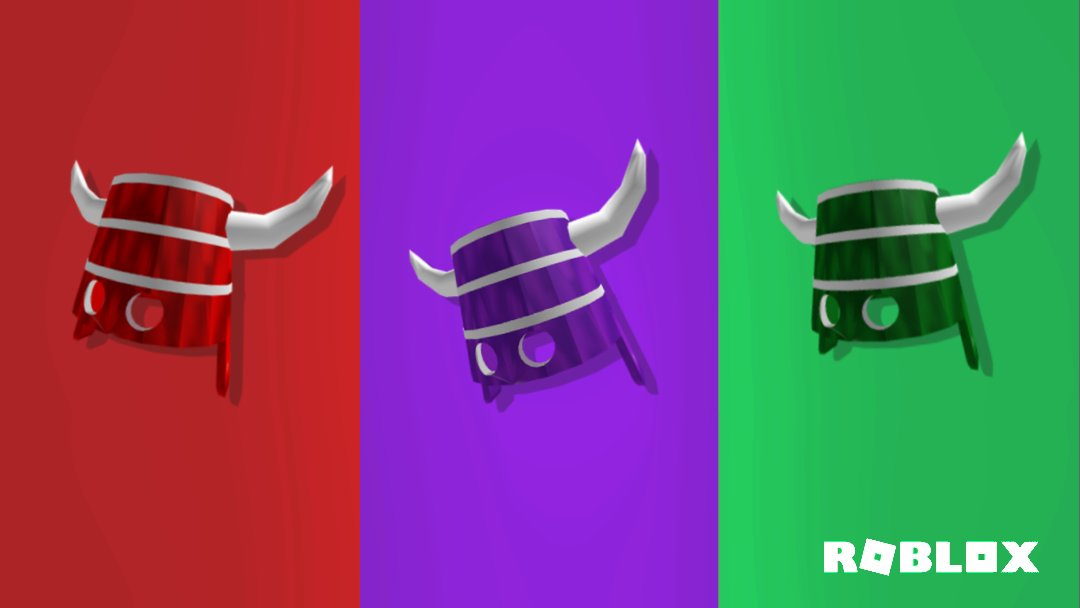 The Agonizingly Ugly Bucket of Doom series dates back all the to 2007 when the original violet version released. Since then, many colored variants have released, including:

The red, green, and violet buckets all released together during the Christmas season of 2016, costing 25,000 Robux each and all having a 9-hour timer. Red has 302 sales, violet has 156 sales, and green has an astonishingly low number of just 117 sales…

The Agonizingly Red Ugly Bucket of Cheer (RBC) went Limited during the President’s Day sale of 2019, leaving its violet and green cousins behind. Considering one of the three in the Bucket of Cheer trilogy already went Limited, it would make perfect sense for the others to join RBC in the world of Limiteds.

Violet has a half of the owners that red has, and green has nearly a third. RBC currently sits at 125k value, so it’s likely that violet would be at least 200k value.

The Agonizingly Green Bucket of Cheer is the most difficult to predict. In colored item series, the green variant is often the cheapest due to lesser demand. But in this case, green had such a low amount of sales that if just 18 of the owners have been terminated since 2016, then this item would meet Rolimon's threshold of <100 owners to become a rare item.

A new rare Limited would cause the trading community to go bonkers, so there’s no telling at what value the bucket would settle. There’s a chance it’d skyrocket to over 500k value, or maybe no one would care and it’d be only 200k. Who knows? 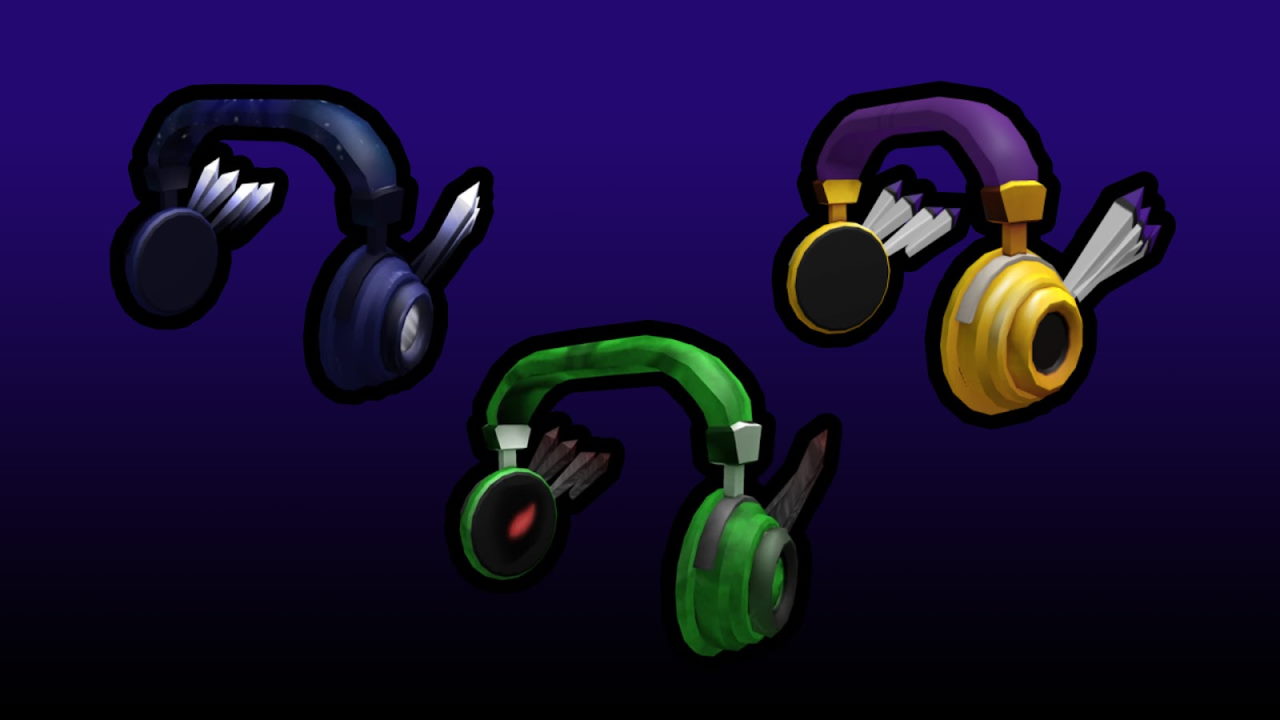 The Musica headphone series has three limited variants already, with three still remaining offsale. Musica Rex Dominator came out of a gift in March of 2016 that received 236 sales. Musica Messor Dominator released during May 2018 for 13,000 Robux, getting 606 sales before going off sale. Musica Astra Dominator released as a part of the Labor Day sale of 2019, going on sale for 20,000 Robux and receiving 316 sales.

All three of these items probably wouldn’t exceed 100-150k, since this series has very little demand. Even the original Musica Dominator has a relatively low owner count and still hasn’t surpassed 75k value. 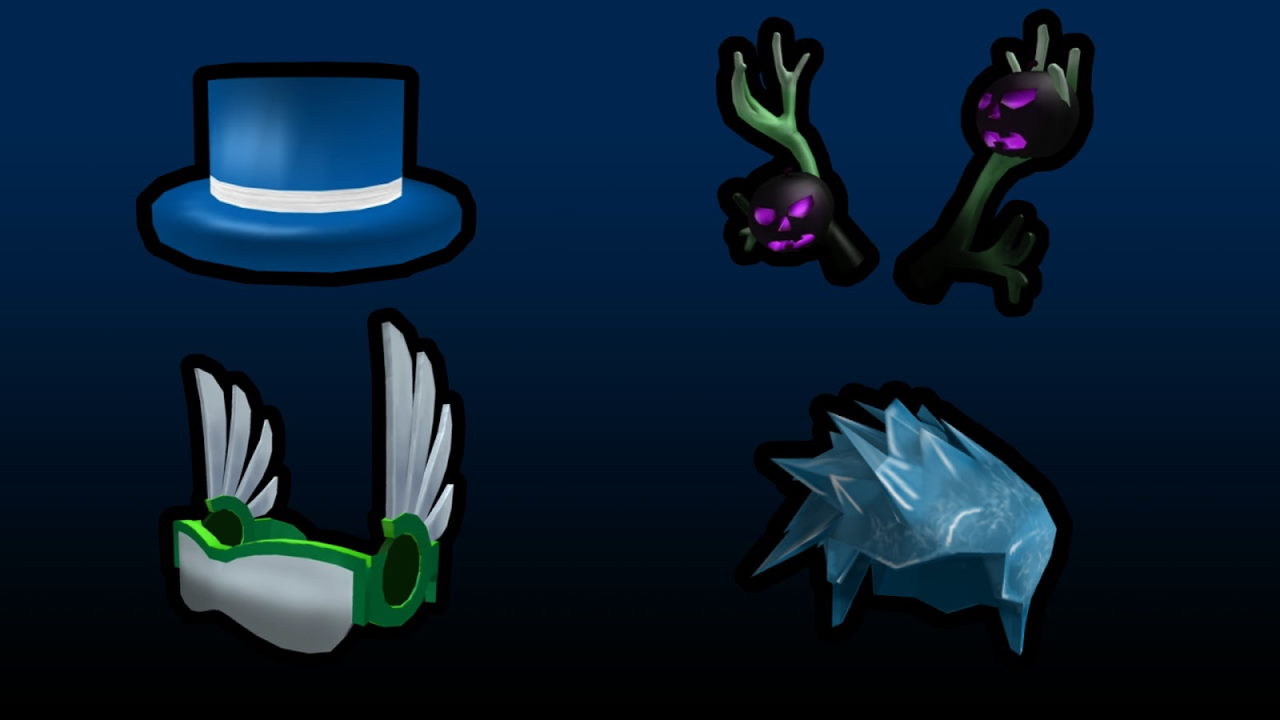 There are many other item series that include items with good chances of going Limited, such as the Antlers series, Valk Shades series, Beautiful Hair series, Banded Top Hat series, and many more. Roblox may even have some wildcard offsales in mind to make Limited that aren’t part of any series. We have no way of knowing what’s going Limited next, this article is merely making predictions off of slight patterns. Regardless of what goes Limited, the trading community will be hyped just because Limiteds are finally back to make trading fresh again. 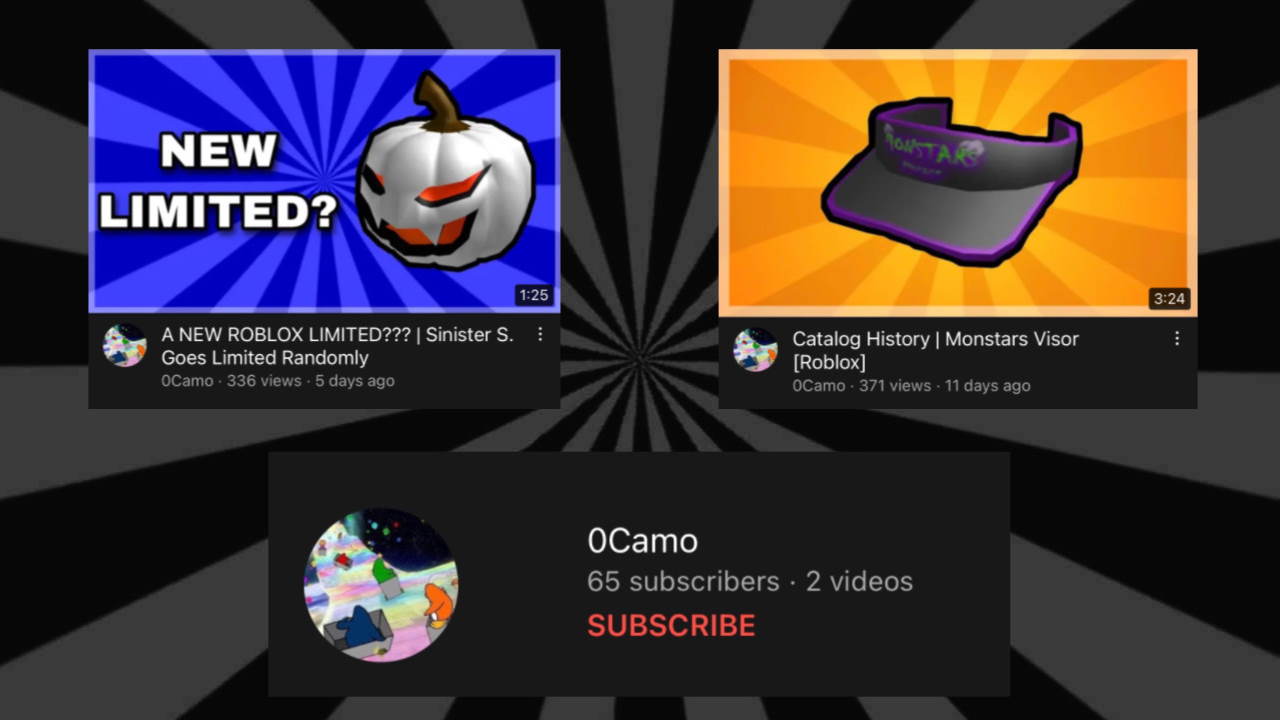